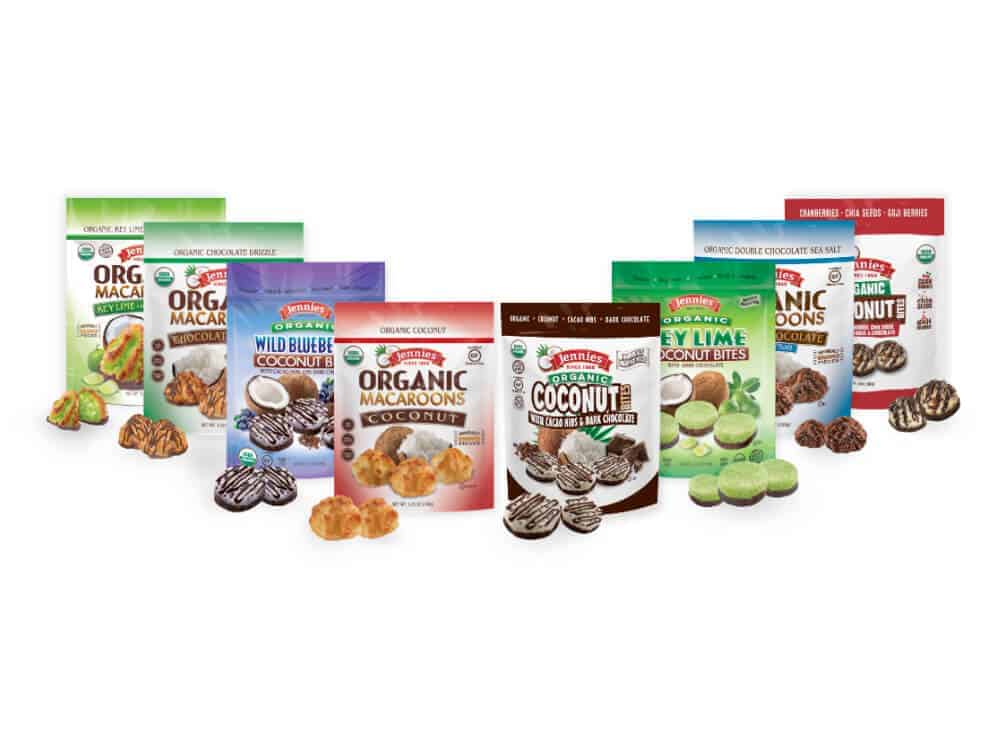 Gourmet Retailer Magazine has honored Jennies Macaroons as one of the top items in its annual competition for the best new products.

Editor-in-Chief, Anna Wolfe says, “We found them delicious and addictive.”

The magazine has singled out Jennies’ new coconut drizzle macaroons, which are quickly becoming a hit among health food stores and groceries nationwide. According to the editors, “We picked [Jennies] because we’ve never met a macaroon we didn’t like, but these are on a different level. Tender and chewy, with pure dark chocolate drizzle over each one, there’s a whole lot to love.”

Wolfe says the Jennies were in the top 5 of nearly 1,000 entries tasted in the editors’ Jersey City headquarters. “Hands down, it was one of the few products we all liked,” she says. The editors wp-contentreciate that the coconut macaroons have no gluten, but it was definitely the taste that set Jennies apart.

The winners are listed online at gourmet retailer.com and in an earlier print edition. Jennies gourmet chocolate-covered and chocolate drizzle macaroons have also been featured as top picks in Delight Gluten Free and Gluten Free Living Magazines.

Jennies all natural, gluten free bakery began mass producing its delicious line of gourmet macaroons last year in its state of the art Pennsylvania facility. They are available in 5 and 10 ounce containers and contain no wheat, nuts, chemicals and preservatives. They come in chocolate-drizzle, chocolate-covered, simple coconut, almond and chocolate chip flavors are non-gmo certified and are kosher/parve.

The new treats are the latest in a long line of healthy gluten free snacks produced by Jennies, including sugar free and omega rich varieties. A pioneer in the health food industry, Jennies has offered health conscious consumers delicious coconut macaroons for over 30 years.

Company founder and president, Arnold Badner, says the reception has been incredible. He says, “anyone who tries them loves the heavenly combination of moist coconut and rich high quality dark chocolate.” In fact, in 2003, when Jennies manufactured its chocolate-covered macaroons seasonally for the Jewish Passover holiday, Good Morning America weatherman, Sam Champion, raved about them on air on WABC TV. He said “these are better than any candy I’ve had anywhere, they are great!”

The Jennies are available nationally through health distributors United Natural Foods, Tree of Life and online at http://www.macaroonking.com. 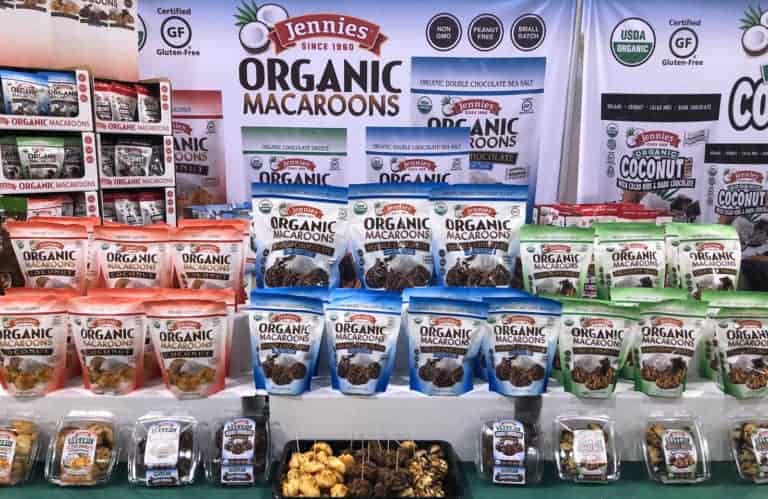 We’re so excited to announce that all Stop & Shop stores just received our three Organic Macaroons packed in pouch bags! Now it’s even easier to find our best tasting products! Whether you like our Original Coconut, Chocolate Drizzle or Double Chocolate Sea Salt, Stop & Shop has you covered! 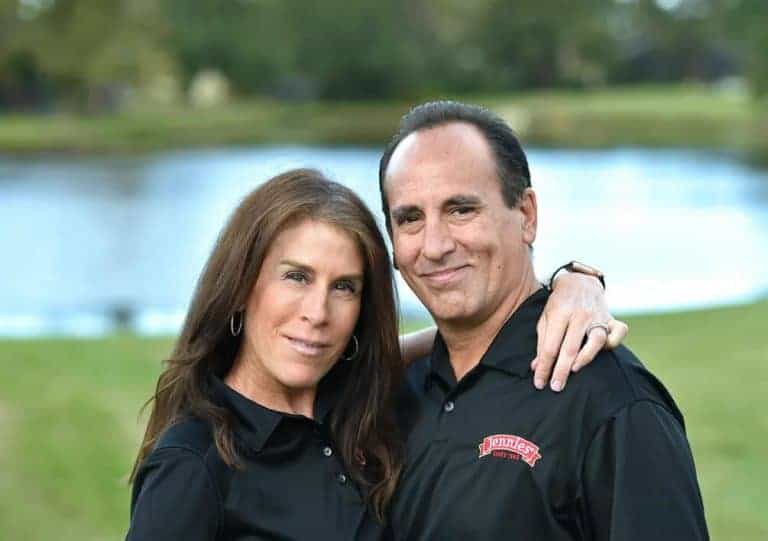 A Lakewood Ranch couple plays a key role in a family-owned Pennsylvania-based bakery. Lauren and Howie Ash handle nationwide sales and marketing for Jennies Macaroons, which manufactures organic, gluten-free confections at its plant in Moosic, Pennsylvania. The macaroons are sold in major health food stores like Whole Foods and Sprouts and are also carried by… 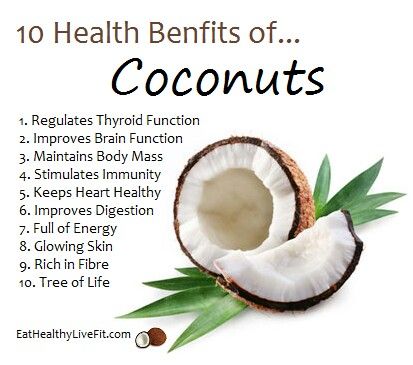 The best tasting treat with lots of Super Foods! Why are these so good? Imagine taking Organic Sulfite Free Coconut, Blueberries, Cacao Nibs, Dark Chocolate, some Sugar and blending them together to create the perfect, amazing tasting, super satisfying treat! That’s what we did when we decided to launch our latest wonder! What’s even better?… 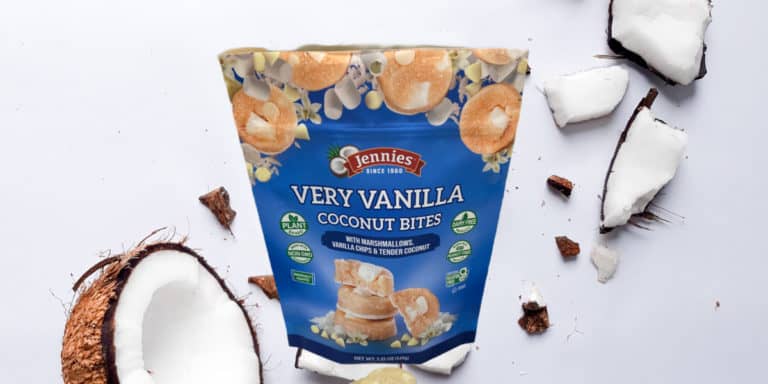 Here’s how a new product comes alive at Jennies and gets to market……… We’re in the office at the plant and my Dad says, you know almost everything we make has Dark Chocolate in it, I want to create something that’s totally Vanilla based.  So he goes into the plant, grabs some ingredients, and starts… 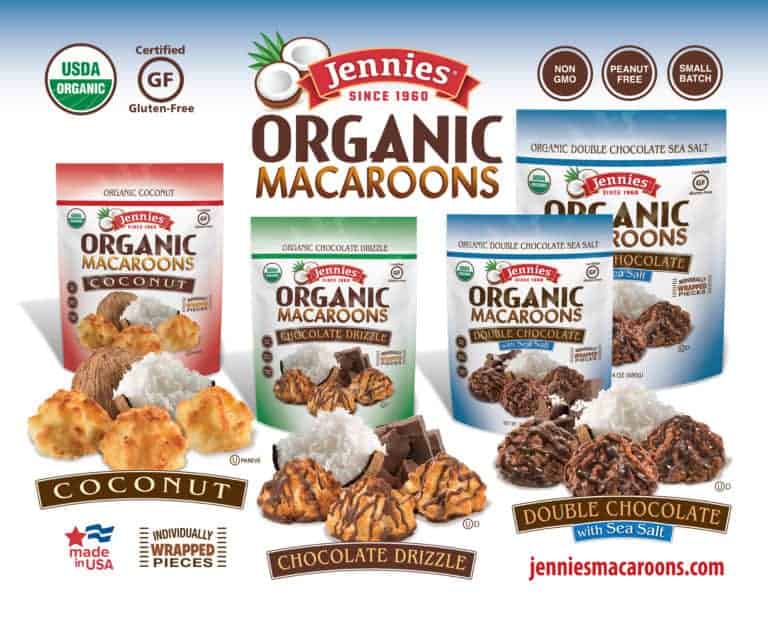 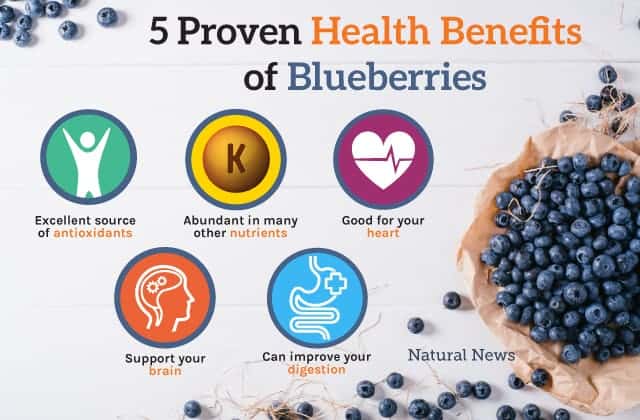